Review of Sexy in Black

I don’t know where to start with this one. Although this was a very nice show, I personally find that it ended up abruptly. Is like hold on, de party done already. The local acts were actually very good and impressive. Brandon (Piton Soca Star Winner) was good, needs to work on his stage presence but nonetheless has a voice that can make him reach far. Michael Robinson, Sir Lancealot, Mongstar and Arthur had some good stage presence and kept the crowd moving. Ricky T and Superman were in a world by themselves, especially Ricky T. He can rock a crowd, I have always said that he should have been further had he capitalized on “Pressure Boom” when it first came out, but oh well.

CMR needed to take a page with this show in regards to the music system. For sure it wasn’t the same system, even DYP sounded so much better than they did on Wednesday night.

Please DJ’s I implore yall….STOP playing “Jump and Palance”….dem need to be buried 12 feet in de Choc Cemetery…there is too much music out there to be playing dem old songs!

DJ Levi Chin I go give you a 6/10…..you were not in sync at all with your selections…or is that how you rehearsed with whoever that DJ guy was…it kinda sucked oui palo…you did redeem yourself towards the end but the selection of music needs to flow with each other.

My 1 qualm or maybe 2 qualms about this show were the location and the bar…people at de bar with calculators, patrons waiting how long for drinks and for change…..in the future price list should be in even number or $5 increments to make the math simpler and to keep the bar moving. The location with all dem rocks and all the ladies trying to be sexy with dem heels was calling for a broke foot eh—-talking bout sexy, St. Lucia have some real beautiful and sexy women (no homo please and tanks)

Ahh the non-lucian acts….I guessing they have now seen that my people are some very hard people to please. Most of their songs were not well received and the crowd was just standing there like ummmm so who is that again and what songs does he have…I did enjoy Lead Pipe and Saddis but they too are not as popular in St. Lucia as expected.  Also Olatunji has plenty other songs, but most people know him for Ola. It also felt like Farmer Nappy came to save he to the end cause he was trying to sing other people’s songs and didn’t know the words and had to go back to he one famous song Ola.

All in all it was an arrite show just ended way to abruptly.  Some pics that I captured earlier in the evening: 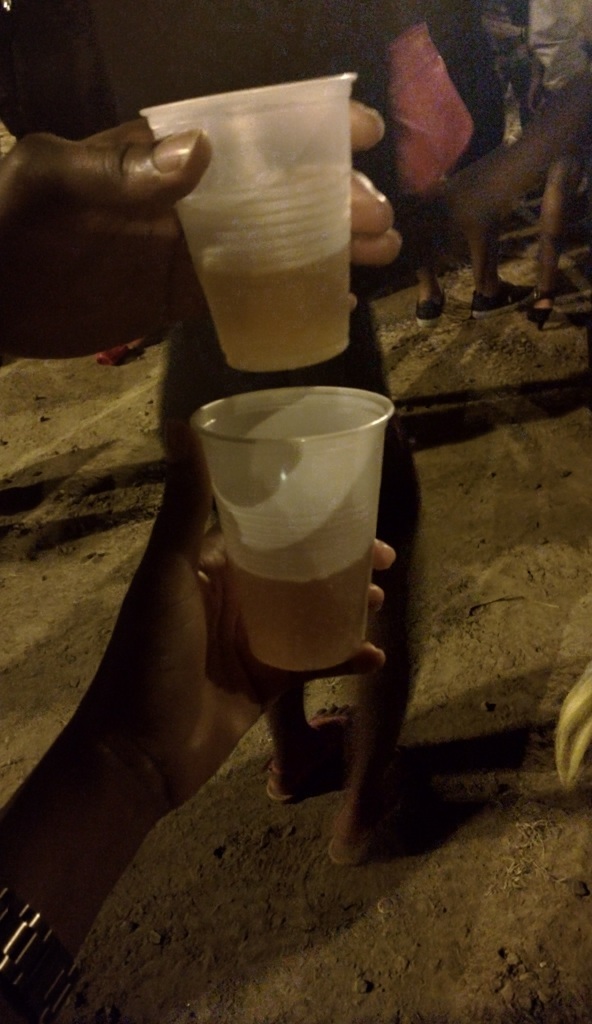 This is blasphemy for me eh…..ME drinking wine in a plastic cup! 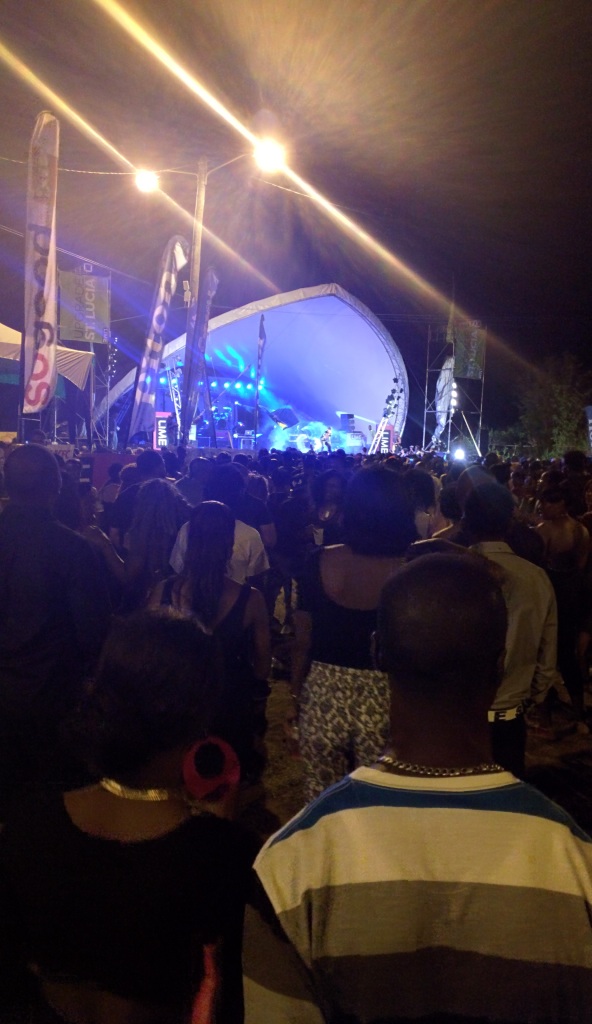 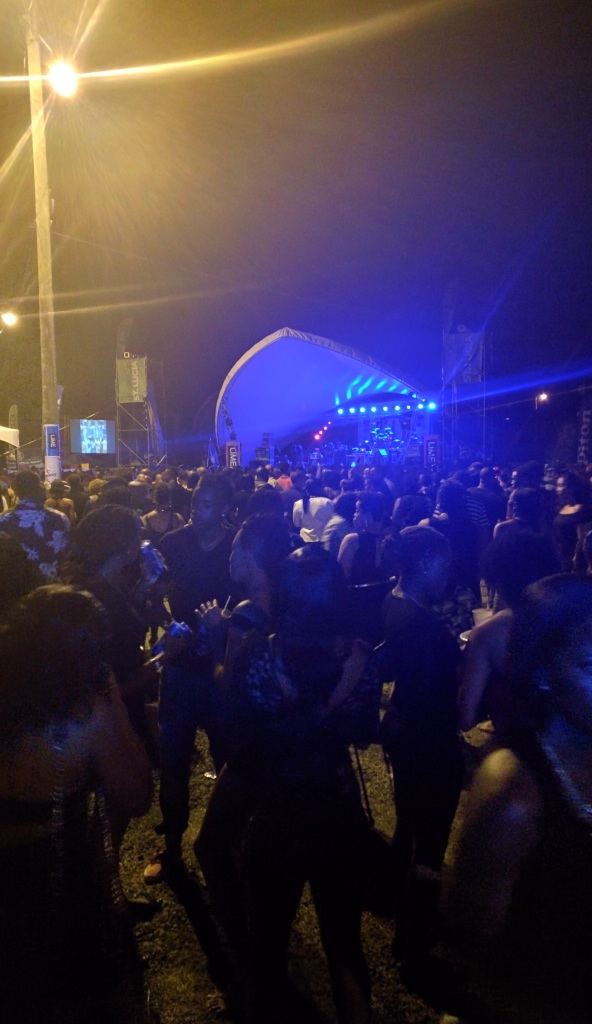 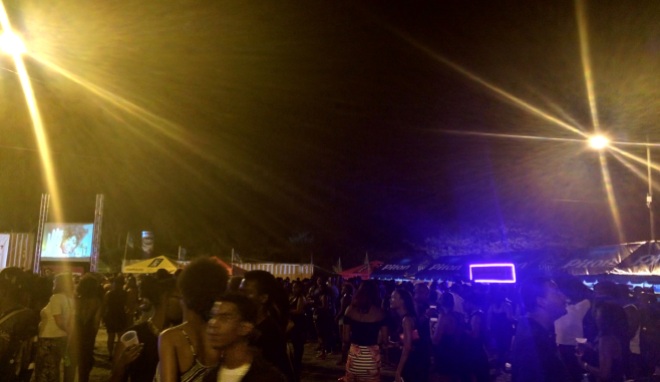 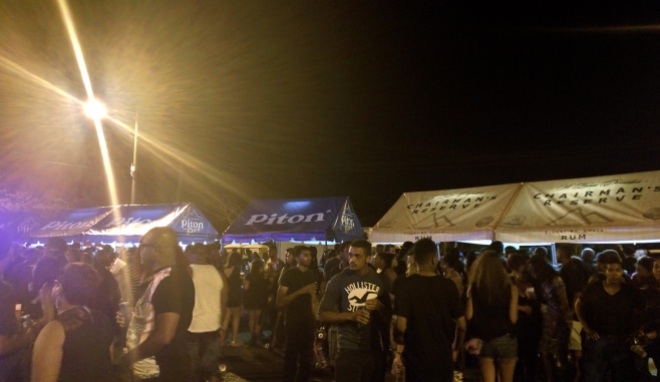 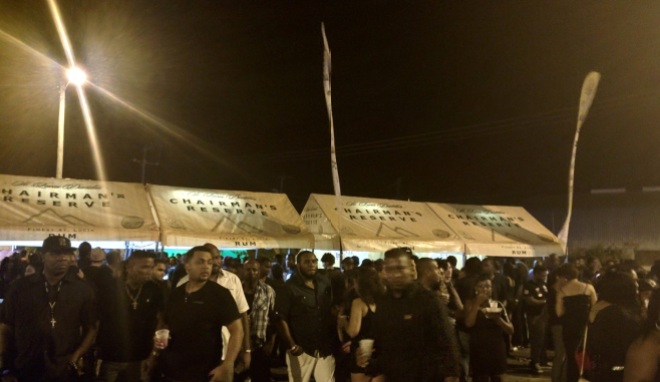 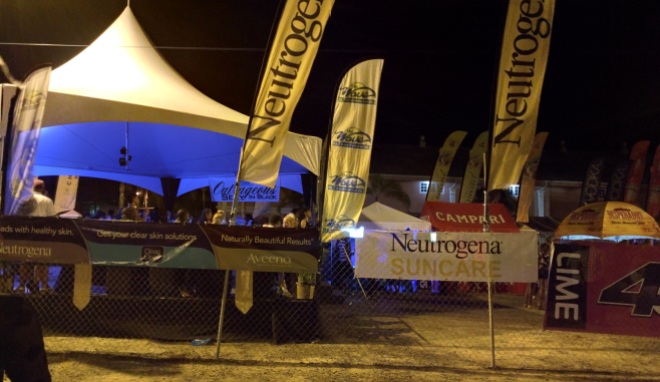 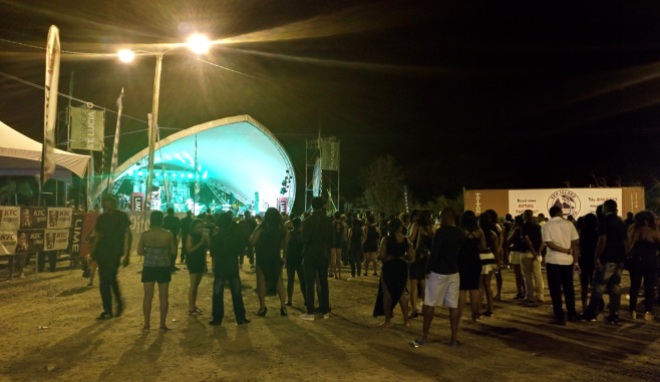 Until my next fete, which from what I am hearing will be very good.  So we will see.

Mom and wife originally from the Caribbean island of St. Lucia and now reside in the United States. This blog is about the day to day things I see and sometimes may encounter in this fascinating world that we live in. Live life in concert with your values! Never be paralyzed! Don't wait for people to change!

Quote of the Day